The two production companies that reminded you why you started partying in the first place have teamed up to bring you a night of slammin’ tunes in an intimate venue! Space is limited, so come early and stay late! This will be a night not soon forgotten, it’s no wonder why we decided to call it, Urban Legendz.

featuring in the MAIN ROOM

TOCSIN vL.K. (nyC)
Industrial Strength/Apocalypse
Tocsin vL.K. has spun hardcore, breaks, and acid since 1996 in and around the United States. Part of the Tocsin and defunct Dead Sector projects, he has co-written releases for Apocalypse Recordings, BMR, and the upcoming Industrial Strength #4 compilation with Dismal and T-Bone from New Jersey.

KNIFEHANDCHOP
Irritant/Tigerbeat6
Signed to Kid 606’s Tigerbeat6 label, Scarborough’s Billy Pollard AKA KnifeHandChop is an underground sensation. KnifeHandChop’s brand of chopped up/re-arranged/re-processed pop has helped him to be booked to play sold out parties all over the world.

C64
Dross:Tik/Splinter Productions
Need a crash course in Breakcore 101? C64 is the man for the job! Flawless mixing of dark and distorted off the wall jungle breaks, its no wonder there is such a buzz around town about him. Co-founder of the infamous Splinter Productions and label owner of Dross:Tik Records. C64 is deadly serious about his music, to ensure that you get to hear the best tunes around.

CRYOGENETIC
Electric Workers/Twilight 76
Cryogenetic began recording music in the early 90’s, influenced by the breakdance era and electro music from the 80’s. Admired by a handful of electro lovers, he signed to dj Godfathers label Twilight 76 records, with his first vinyl release due out in late 2002. Blending styles from around the world,and combining intelligent programming with truly new ideas, he has formed his own signature style of electro.

RAZORGRRL
T.I.K.
Toronto Industrial Kollective’s RaZoRGrrL is determined in showcasing rhythmic power noize. Noise that is transformed and manipulated into pulsating teknoid industrial rhythms that conjure up images of dystopic futures. Where you lose yourself in the intensity and your only link left to reality is the rhythm of the beat.

APATHY vs DEACON BOOMBASTARDIZER
Irritant
LA hard house VS. dutch new style gabber! What genre will prevail, in this battle royale of slamming 909 kicks? Toronto’s own dj Apathy, the LA hard house queen, takes on the world famous Deacon Boombastardizer. Will there be an glorious victory or a crushing defeat? Be witness to find out!

WIZARD
Gamma Ray
The boss of Toronto’s very own, internationally recognized Gamma Ray imprint is set to deliver a blend of atmospheric beats, in a tight, dub-heavy dancefloor assault.
featuring in the EXPERIMENTAL ROOM

SKEETER
Speedbass Networx/RCS/Smerk;^)
The ever prolific cyberspace legend, Skeeter leaves conventional electronic music in the dust. Helping to establish speedbass as a force that could not be ignored and helping to ressurect the genre as the phoenix that is post-speedbass Skeeter combines spastic and speedy beats with excessive amounts of bass mixed together with post-modern wit and DIY punk attitude, that puts the much needed fun into experimental electronic music.

UNITUS
Dtrash/DHR
Born from the mind of Dan Ross as a reaction against the synth EBM pop that was masquerading itself as industrial. Unitus is a return to the ol skool dark and heavy sounds of true industrial. In November, Digital Hardcore Recordings will rerelease Unitus’ Cross Contamination, which has been stirring up a storm in the industrial and rhythmic noize scenes since its release in early 2002.

EXIST
Dtrash
What would you get if Merzbow ran down contestant’s row on The Price is Right? If Madonna dropped LSD and threw away everything to make underground glitchcore? If Saturday morning cartoons were pre-empted for a broadcast of Evil Dead 2? The result is a abstract blend of topsy-turvy blender-core style, taking sounds from anything and anywhere, and mulching it into a fresh and blissful soundtrack of psychodelic malfunction.

FLATLINE CONSTRUCT
Trauma Tone/Hospital/Self Abuse
It is not possible to describe Flatline Construct’s music in a nice way. As it is exactly the opposite. A sensory assault of harsh beatless noize. With releases on Hospital Productions and a release coming out on the seminal noise label, Self Abuse. Flatline Construct is one of Canada’s leading noizicians.

LAF-O
Unholy Trinity/RCS
Pioneer of the speedbient sound and probably the staunchest supporter of intelligent aggressive music. In an artistic utopia Laf-O would be rich and famous, as his integrity to his ideals and music are unbreakable. But we live in a world that celebrates mediocrity and greed. So people like Laf-O are doomed to obscurity.

OHVOV vs THE BLAMESHIFTER
FameFame
Infamous art punk Jubal Brown, the man who vomited on paintings in the AGO, takes on the glitchy bass-heavy beats of the Blameshifter. 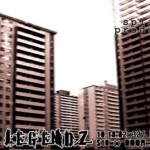 This entry was posted in Event Playlist. Bookmark the permalink.